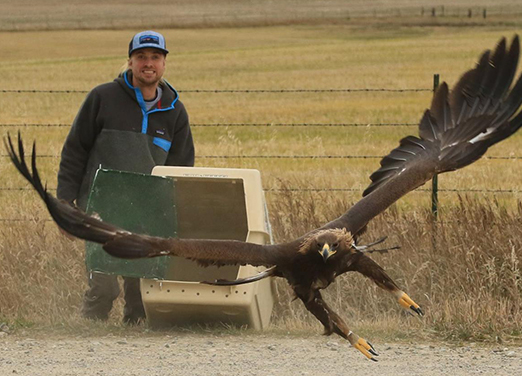 In 2008 Jordan Spyke and his brother moved to Bozeman, Montana, from Muskegon, Michigan, in search of adventure. Since moving to Bozeman, Jordan has earned a bachelors degree in environmental studies from Montana State University. Jordan began volunteering at the Montana Raptor Conservation Center in 2009 and later served on the board of directors. Jordan became Assistant Director of MRCC in August of 2012 and was promoted to Director of Operations and Development in October of 2017. When Jordan is not working at MRCC, he enjoys being outside doing just about anything, from skiing to fishing and everything in between.