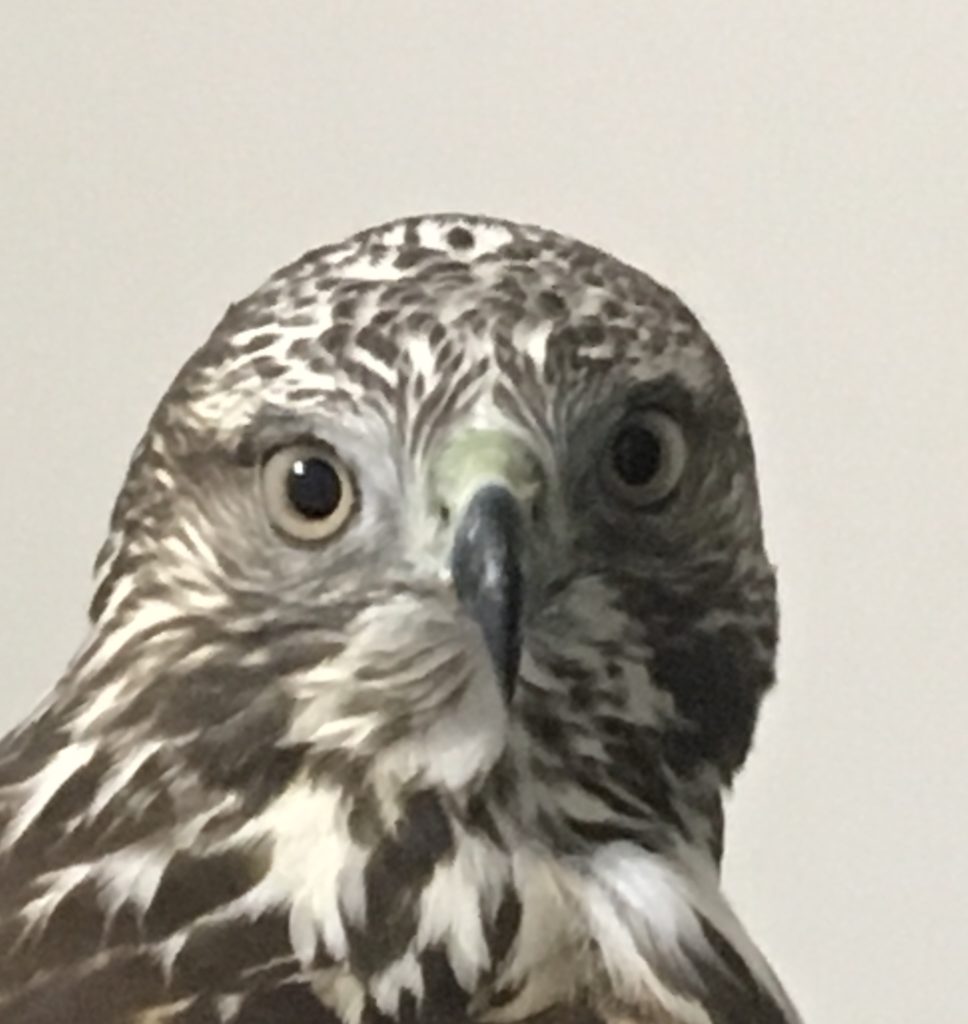 Thousands of birds have come to MRCC for care over the years, but as Rehabilitation Director Becky Kean shared with excitement, “We have never had this happen before.” On September 16th, a very curious young Red-tailed Hawk was seen perched on an outdoor flight barn, and later at the amphitheater. For a week, she frequented the same perching site, watching volunteers as they performed their daily tasks.When approached, the bird flew well but showed clear signs of a leg injury. She needed medical care, but stayed just out of reach.  Assistant Director Jordan Spyke and Education Director Loy Maierhauser formed a plan. Tying a dead mouse on the end of a long string, which was attached to a fishing pole, the staff carefully lured the very hungry hawk in closer until she went for the “kill.” Once she had the dead mouse in the grasp of her strong talons, her prey drive kicked in and she held on tight, allowing MRCC staff to quickly and gently capture her with a net. Allwest Veterinary Hospital performed a successful surgery on the hawk’s injured leg. Pending a green light from follow-up x-rays, she will be released into the wild within the next month. Director Kean is optimistic that the young bird will recover quickly, giving her sufficient time to migrate south before winter.