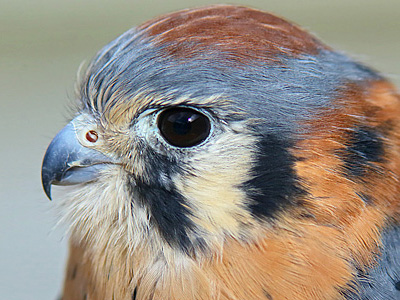 Watson is an adult male American Kestrel, the smallest of the falcon species. He weighs about 4.5 oz., has a wingspan of 20”-22″.

Watson was found in Helena, suffering from an old fracture in the right wing along with a healed fracture in his left wing. He also imprinted on his human caretakers. When a young bird imprints on humans who feed it, it lacks the natural instinct to hunt and once mature will look for a human mate. Watson’s limited flight ability and human imprint make him un-releasable. Watson became an MRCC education bird in 2013, the same year he was born.