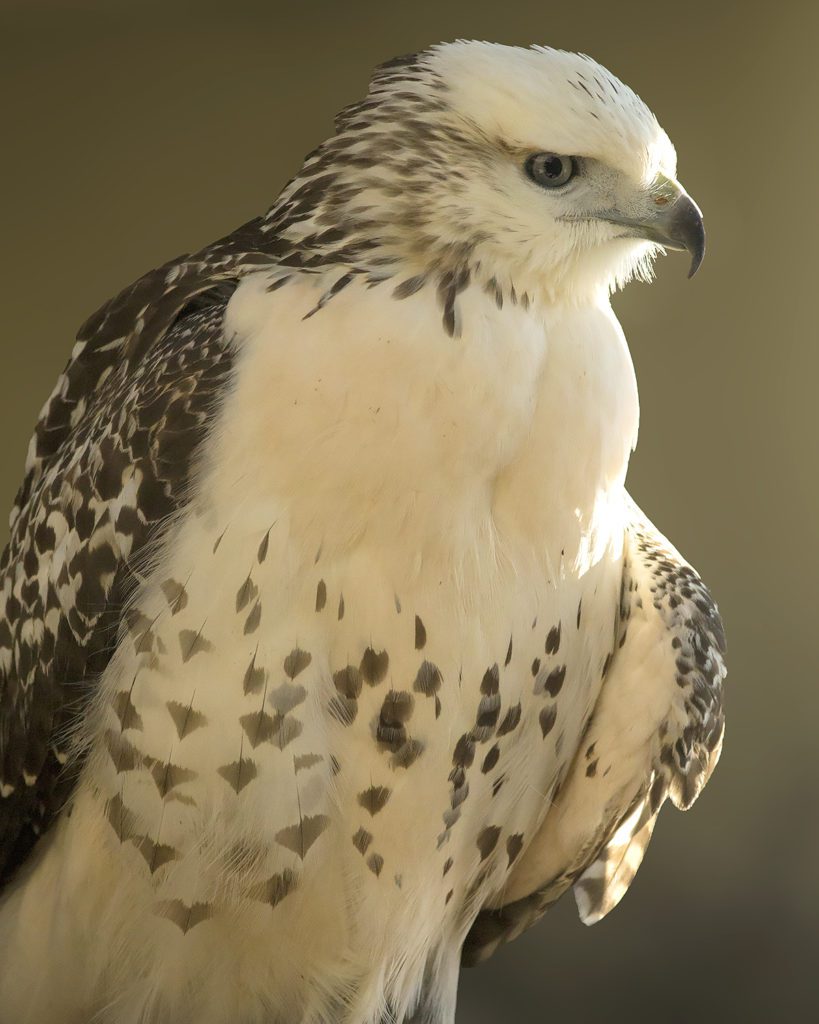 The Krider’s is a subspecies of Red-tail Hawk distinguished by its light plumage, particularly on the head and back, and a tail that varies from pink to white. Like other hawks, Krider’s have broad, rounded wings and broad tails.

Red-tailed Hawks are Buteos, which is a family of hawks that have broad, rounded wings and broad tails. They soar high above grasslands and agricultural areas looking for prey. You may also see them high on a treetop, a telephone pole, or other lookout. They prey mainly on rodents, ground squirrels, rabbits, and reptiles.

They build nests in trees and on cliffs, but Great Horned Owls will often take over the nests. Red-tailed Hawks have 1-3 eggs that incubate for about a month. The young birds can start flying when they are about 6-7 weeks old.

Red-tailed Hawks are the most abundant and widespread hawks in North America and will have many plumage variations. Most hawk variations will have a streaked bellyband, and western variations have a dark mark on the leading edge of the coverts or “shoulder” area. Although she looks dark in this picture, Sammy is a light morph bird displaying the dark head and rufous underparts with a distinguishing streaked bellyband.

Some Red-tailed Hawks migrate to the southern part of the U.S. in the winter, while others may stay in Montana, especially if the winter is mild and food sources are abundant.

She was found near Sidney, Montana in October 2014 with a previous injury to her left humerus, which had healed but impaired her ability to fly. Because she was so young and her injuries were not treatable, she became an MRCC education bird.