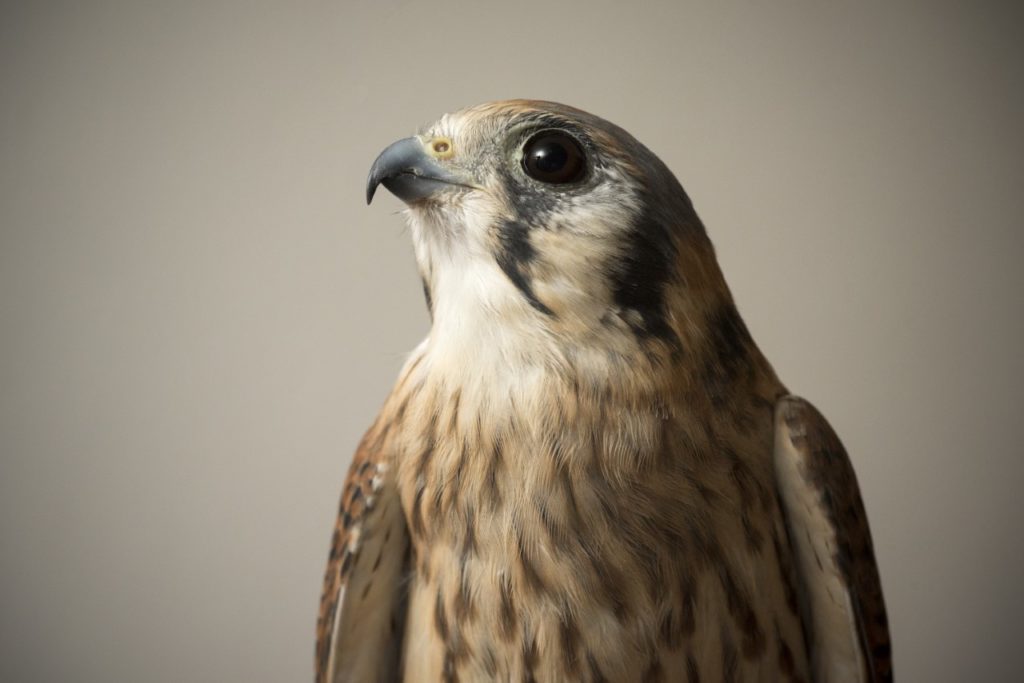 Stella is an adult female American Kestrel, the smallest of the falcon species. She weighs about 5.0 oz., has a wingspan of 21”-23″.

Stella is a female American Kestrel that was found in Belgrade, MT. Someone found Stella when she was a tiny fledgling and tried to take care of her. Even though they meant well, this caused Stella to imprint on humans. This means that she does not understand that she is a falcon and wouldn’t be able to hunt, mate or defend herself in the wild. When Stella was brought to us her eye was also very infected and would not heal correctly so it had to be removed. Even though she is not able to survive in the wild, Stella now has the very important job of teaching people about American Kestrel’s and their importance to the environment.