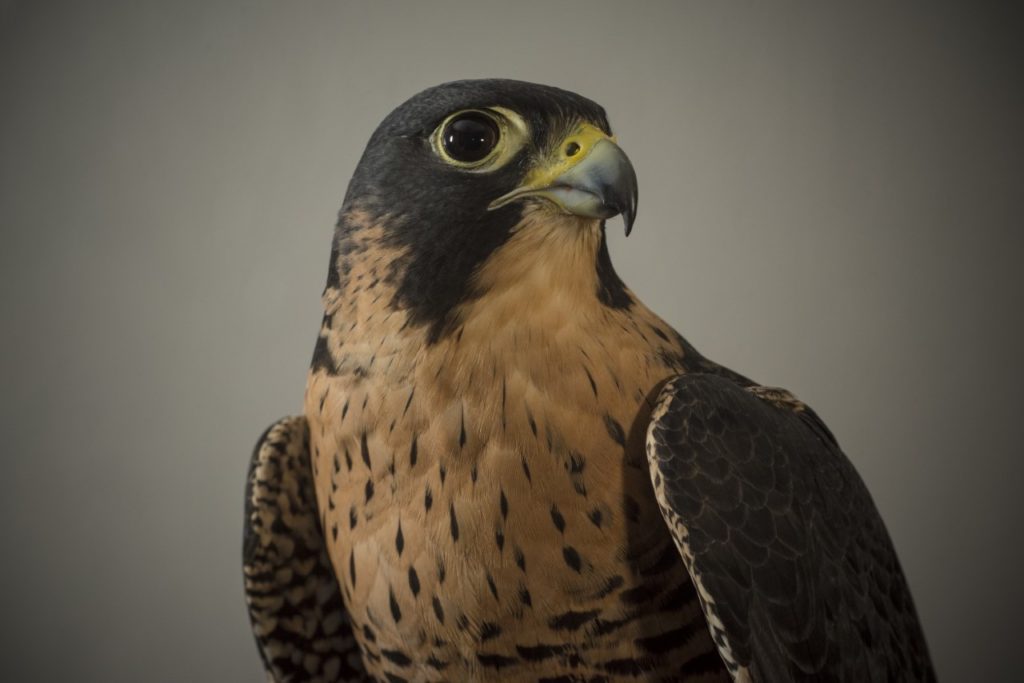 Powerful and fast-flying, the Peregrine Falcon hunts medium-sized birds, dropping down on them from high above in a spectacular stoop. They were virtually eradicated from eastern North America by pesticide poisoning in the middle 20th century. After significant recovery efforts, Peregrine Falcons have made an incredible rebound and are now regularly seen in many large cities and coastal areas.

The word “peregrine” means “wanderer” or “pilgrim,” and Peregrine Falcons occur all over the world. In North America they breed in open landscapes with cliffs (or skyscrapers) for nest sites. They can be found nesting at elevations up to about 12,000 feet, as well as along rivers and coastlines or in cities, where the local Rock Pigeon populations offer a reliable food supply. In migration and winter you can find Peregrine Falcons in nearly any open habitat, but with a greater likelihood along barrier islands, mudflats, coastlines, lake edges, and mountain chains.

Millie is a Peregrine Falcon that was found near Bozeman, MT. She had been hit by a car on the interstate and suffered feather follicle damage that prevented many of her important flight feathers from growing in correctly or even at all. Since her feathers will not be at the flat, correct angle, she is not capable of flying well enough to hunt and is non releasable.