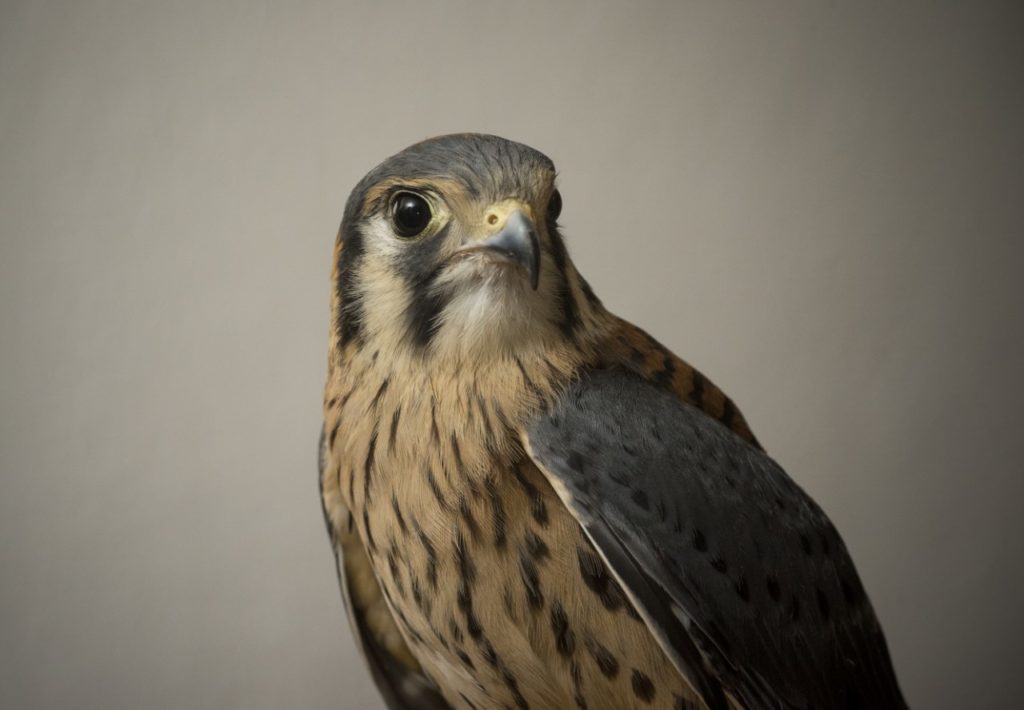 Holmes is an adult male American Kestrel, the smallest of the falcon species. He weighs about 4.5 oz., has a wingspan of 20”-22″.

Holmes is a male American Kestrel who was found in Bozeman, Montana. Holmes was found as a very young fledgling. The people who found him tried to feed and take care of him. Although they meant well, this led to Holmes imprinting on humans which makes him non-releasable. When a bird imprints on humans, he lacks the natural instinct to hunt, and when he matures, he will look to a human for a mate instead of another wild Kestrel. Although Holmes cannot live in the wild he now helps to teach people all over the state about the importance of raptors to Montana’s ecosystems!