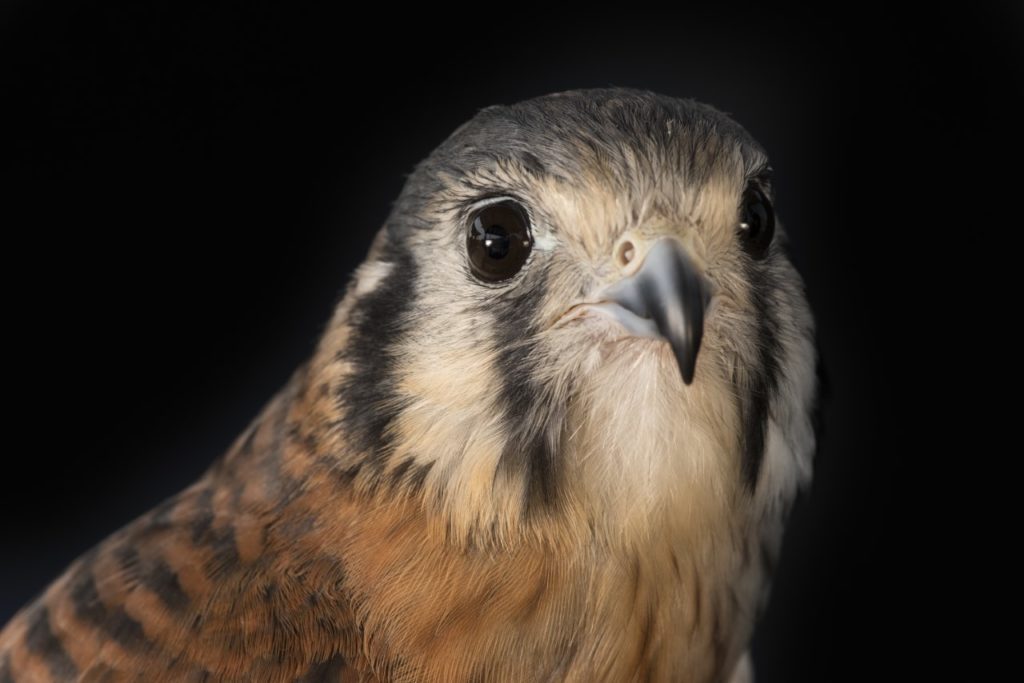 Adora is an adult female American Kestrel, the smallest of the falcon species. She weighs about 5.0 oz., has a wingspan of 21”-23″.

Adora is a female American Kestrel that was found in Belgrade, MT. She was a first year bird found with a fractured left humerus that could not be repaired completely. Since she would not be able to fly, she would not be able to hunt or hide from predators and could not be released back into the wild. She was transferred to MRCC as a juvenile so that allows us to know her age. Even though she is not able to fly and survive in the wild, Adora is a fantastic ambassador for her species and can inspire people to care about raptors and the environment